While playing a bit roughly in my homelab, I deleted a couple VMs from vCenter that were originally created and managed by VMware Cloud Director because I didn’t have time to start NSX-T, ALB, VCD… The problem is that after doing this, the VMs were still in VMware Cloud Director and the vAPP was stuck in powered on state. I couldn’t power it off so I couldn’t remove the VMs either. 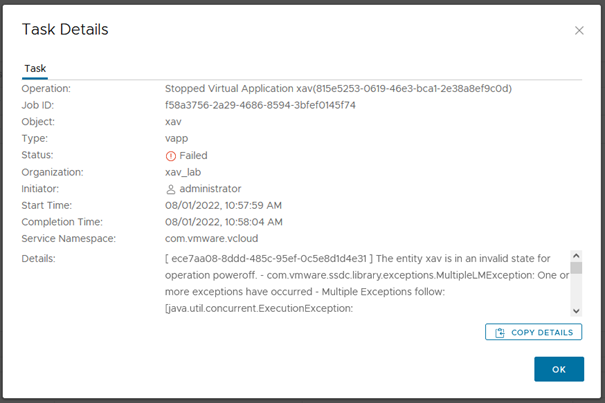 After trying a few things it turns out that the only way to clean this up is to remove the records from the postgres database in VMware Cloud Director.

I shall point out that I only used this workaround in a simple lab environment and is in no way supported by VMware so run tests and use this at your own risks. 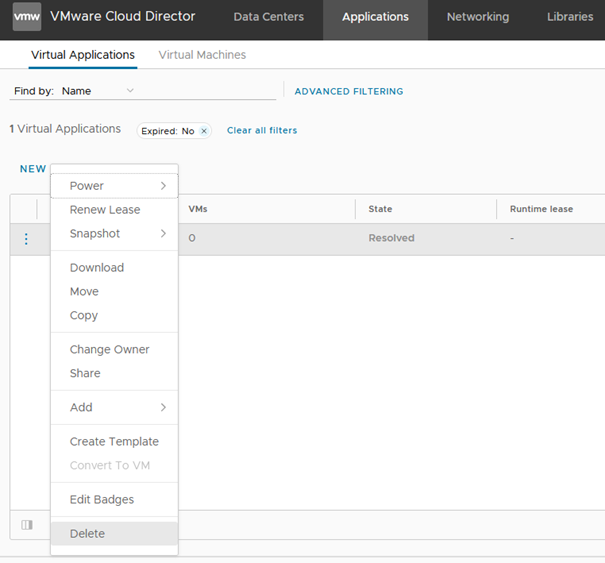