Data protection and recovery is among the main concerns of most organizations as losing data due to an outage with no restore capabilities can make or break a business. Keeping up with current trends is paramount to Backup vendors as ransomware attacks become more and more sophisticated and there is a real need to leverage modern cloud services as part of data protection policies. Customers requested features were finally delivered with restore to Azure and centralized monitoring capabilities.

It wasn’t long ago that BDRSuite v5.1 was released and this is because Vembu moved to a more agressive release cycle starting with v5.0 to bring more features to BDRSuite. This new version focuses mostly on MSPs as it includes Backup-as-a-Service and Disaster Recovery-as-a-Service capabilities. The goal is to offer MSPs a better experience in managing and monitoring tenants jobs from a centralized console.

BDRSuite 360 Server is an installer that you run on a server that will act as a single pane of glass to access and manager multiple BDRSuite installations across environments. This will be a huge time saver for MSP and those customers running distributed sites as they no longer need to manually login and operate each environment individually. Note that BDRSuite 360 Server only supports Windows OSes for now (specifically Windows 10+ and Windows Server 2012+).

Once you added the customer accounts and servers you will be able to monitor the backup activity of the BDRSuite Backup Servers deployed on their locations across multiple sites from the dashboard.

While ensuring backup copy to other locations is a must have, not all organization have multiple sites or the compute resources to spin them up quickly when a disaster hits. BDRSuite now allows restoring the VMware VMs, Hyper-V VMs, Windows Servers & Windows Workstations backups directly to Microsoft Azure.

The ability to restore directly into Microsoft Azure means you drastically reduce RTO and get your critical workloads up and running much quicker than if you had to get the data back onsite (especially if said site is gone).

Multitenancy is another BDRSuite v5.2 feature that is aimed towards MSPs. Service providers can distribute their backup environments and their clients’ into separate groups. With BDRSuite v5.2, you can now create multiple tenants and allocate one or more entities to each tenant. Tenants get several user roles so they can individually monitor and manage specific entites that have been added to their group. 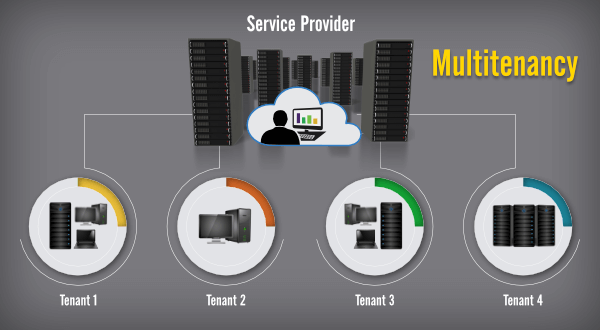 Other enhancements in BDRSuite v5.2

A number of additional enhancements have found their way into BDRSuite v5.2 such as:

Updating your BDRSuite server is very easy. However, it is recommended to review the Software Update Guide to make sure your scenario is covered and the Upgrade Checklist before upgrading to BDRSuite v5.2.

Vembu starts this quarter with another solid release that will be a welcome update to all managed service providers and large organizations that need to run multiple installations of BDRSuite v5.2. The addition of cloud capabitilies also solidifies data protection and can significantly shorten the RTO of critical workloads.

Remember that you can test drive BDRSuite v5.2 for free with the 30-days free trial period.