VMworld 2021 took place on 5/6/7 of October 2021 during which VMware officials unveiled a number of new offerings, products, features etc… As always it was a great show with lots of value and you could really tell where VMware is taking the world of IT infrastructure.

VMworld 2021 was the first event since Raghu Raghuram started as VMware’s CEO this year.

We can tell that VMware understood that cloud adoption isn’t easy for all organizations as they keep simplifying the process to get there. They also understood that on-premise isn’t going anywhere so they are bringing the cloud to vSphere with the likes of Project Arctic. VMware Tanzu was the other golden child of this year’s VMworld 2021 announcements with many sessions on the topic and some exciting announcements.

Without further ado, let’s dig in!

This VMworld 2021 announcement was among the main ones as it aims at simplifying the adoption of multi-cloud for VMware customers. The goal is to be able to pick and choose from five services among several cloud providers in a flexbiel and “free” way.

These five services include:

Sovereign cloud refers to data legislation and how one can ensure it is secure for a government entity to store sensitive data in it. Such customers may include country governments, European Union, United Kingdom… Monaco recently announced their own Monegasque sovereign cloud.

VMware Sovereign cloud will be a label that cloud providers can acquire in partnership with VMware via a checklist of best practices to become “VMware Cloud Verified”.

It is now possible to get the VMware Cloud on AWS offering as AWS Outpost to get the workload closer to home in an on-premise or co-located SDDC for instance. AWS ships the rack, configures it, VMware double checks everything and off you go to leverage it like you would any other VMC on AWS service (Because yes, it is a service). 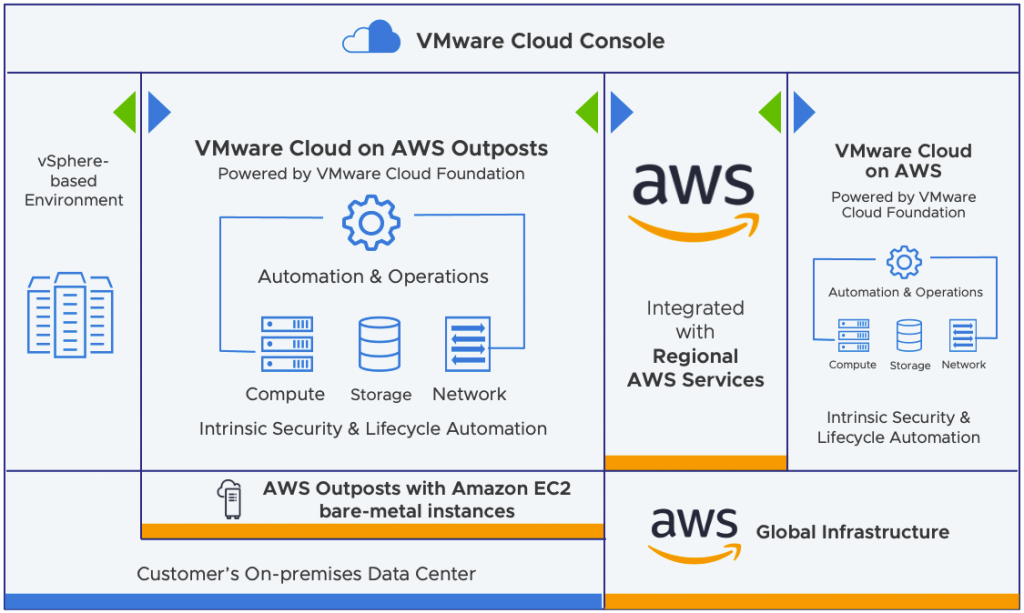 DRaaS was announced during VMworld 2020 to showcase a more cost-effective approach to cloud oriented DR. VMworld 2021 announced also included enhancements to DRaaS with:

Those two projects work hand in hand to address the needs of Operations teams and DevOps teams. Project Arctic will look after Ops teams by making vSphere “Cloud aware” by bringing connectivity directly to it to, again, compromise with beloved on-premise infrastructures and simplify the transition to hybrid cloud.

Project Cascade focuses on DevOps folks by a proposing a unified Kubernetes interface for both on-demand infrastructure and containers across multi-clouds. It will leverage Tanzu VM service that lets “kubernetes” interact with VMs.

I loved this VMworld 2021 announcement because Tanzu is cool and open-source software is cool. VMware unveiled Tanzu Community Edition, an open-source, free and full-featured Tanzu edition. Ideal for users and testers to get a good feel of the solution since the original vSphere with Tanzu requires quite a lot of resources and isn’t as straightforward to deploy.

You can deploy VMware Tanzu Community Edition in vSphere, EC2, Azure or even locally in Docker! Lots of packages can be plugged in such as Grafana, Prometheus, Harbor, Velero…

Because many organizations don’t necessarily have the resources, times or in-house skills to operate a complete Kubernetes infrastructure, VMware now offers VMware Tanzu as a multi-cloud service.

Although it is not nearly as mentioned as cloud or container techs, Edge computing is going to be one of the next big things in IT. For all those use cases where you need your compute capacity as close to the endpoint as possible (at the Edge).

Because refactoring apps to run at the edge is complicated, time consuming and expensive, VMware is simplified the road to Edge computing with VMware Edge Compute Stack, a stack that extends your SDDC or Cloud infrastructure to the edge with HCI, SDN, Tanzu and vSphere. That way you keep delevoping your apps like you’re used to and just push them to the Edge.

Among the project in the VMworld 2021 announcements was Project Santa Cruz, a purpose built box that will easily connect an Edge site to the SDDC or Cloud mothership where centralized management is. I find there’s vibe in between apple products and desktop computers from the early 2000. 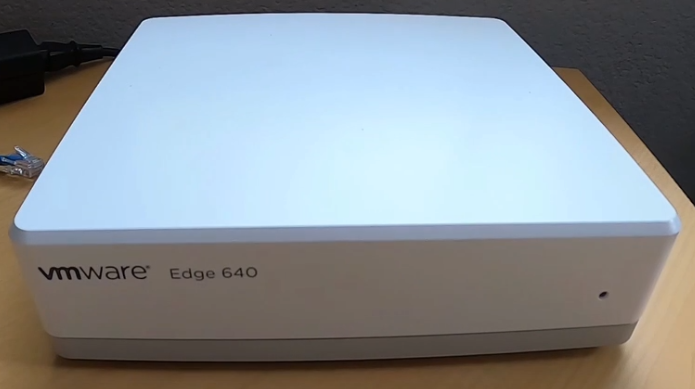 Note that Project Santa Cruz also includes “Bring-your-own-host” with a cluster API provider that can support existing infrastructure such as Hyper-V or specific kernel-tuned environments.

Sphere 7 Update 3 addresses the burning topic of the SD cards being dodgy in vSphere 7. SD cards and USB sticks are no longer supported by VMware, which is a bold move and I’m sure many customers won’t be too pleased about that.

However, those customers will be consoled by the fact that VMware keeps building on their beloved hypervisor instead of bulldozing their way into the cloud like Microsoft is doing by deprecated free on-permise Hyper-V in Windows Server 2022… Lots of cool stuff in this release such as:

Now this project is REALLY cool as it will essentially let you virtualize and pool memory in several tiers such as DRAM, PMEM, NVMe and other future technologies that don’t yet exist. This will make for a more cost-effective solution for those memory hungry workloads. This is somewhat like vSAN for memory and it will be managed by vSphere in the backend.

A bunch of projects were announced that we didn’t mentioned earlier. Here they are if you’re interested to see what VMware is currently working on:

Another big year ahead with all these VMworld 2021 announcements. Unless it wasn’t already clear enough, it is obvious that VMware is directing the company toward a more service and subscription oriented model. Recurring streams of income make a lot more sense than upfront investments and in-house management of the assets.

App modernization is still in its early days in the VMware space with Tanzu but it is coming and it is coming fast. Teams are skilling up on the technology and customer interest will only grow in the coming months bringing lots of interesting use cases and scenarios.