Prior to vSphere 6 the consolidation mecanism worked such a way that it could lead to issues where the consolidation of snapshots would fail and retry over and over again and could lead to crazy long stun times with unresponsive guest OS or a snapshot that doesn’t want to go away (like Asterix’s and Obelix’s village), especially on busy VMs. 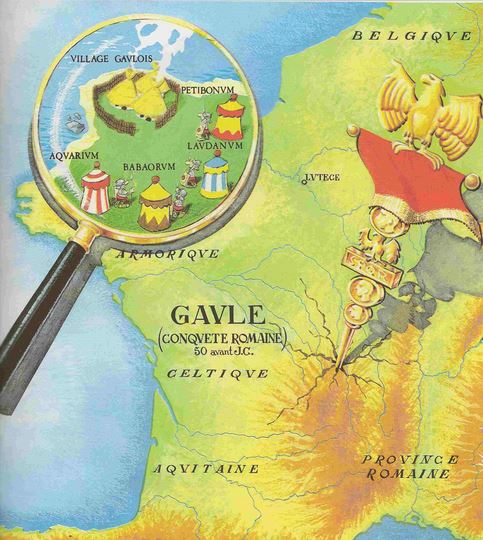 Let’s take a look at the process of snapshot consolidation on a high IO virtual machine in vSphere 5 and in vSphere 6.

When I say “high IO VM” I mean the VM’s disk write rate is greater than its consolidation rate.

The VM is made of one base VMDK and currently running on one snapshot.
The administrator orders to delete all snapshots on the VM. 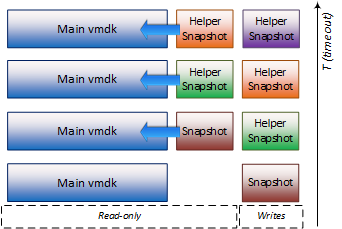 There we can get into an endless loop ending in a “maximum consolidate retries was exceeded for scsix:x” error in ESXi and the snapshots never consolidate for this VM.

Why it is bad if it fails

This issue is bad, if the consolidation keeps failing the VM runs on snapshot all the time, the host spends time doing the same useless thing over and over again, …

Why it can be worse if it succeeds after x iterations

If the virtual machine advanced parameter snapshot.asyncConsolidate.forceSync is set to “TRUE”, a synchronous consolidation is forced! Which means the VM is stunned until the consolidation is complete. So according to several parameters such as the size of the helper snapshot or the storage type the VM can remain frozen for more than 30 minutes! Which can potentially be a catastrophy for a sensitive box (db?).

This setting can be manually set to “FALSE” (VM turned off) to disable that forced synchronous consolidation and allow the VM to remain running on snapshots (and accept it in your daily life).

Getting rid of the annoying snapshot

You can also be force to consolidate by shutting down the VM, if it doesn’t work in this case then something else isn’t right.

In the new version of vSphere, the snapshot mecanism uses the mirror driver also used by storage vMotion.

While the consolidation is ongoing, the new writes are issued to both the active disk and the base disk, then the acknowledgement is sent. Which means:

Hopefully we won’t have the joy to see body parts lying around after the VM backup anymore.